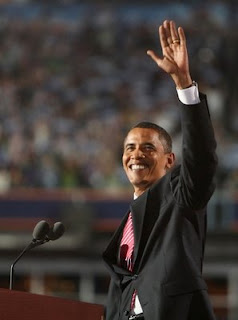 Let me start by doffing my hat to Mduduzi Mathuthu, editor of Newzimbabwe.com, for boldly dishing out some home truths about the centrality of ethnicity in the politics of our nation. Raising the often emotive subject of tribalism as the predominant legal tender in our political marketplace is like treading on quicksand; it’s a treacherously dicey endeavour, one whose ultimate outcome is as uncertain as the nation’s resolve to dispense with this noxious approach to politics altogether.

I wish to keep my contribution to this debate as brief and to the point as possible. For that reason, I will confine my response only to what I understand to be the objective meaning of ‘Nkomo country’. My own view is that the most adequate response to Mugabe's Nkomo country/Mugabe country political cartography is to debunk the whole concept altogether for the self-serving, ahistorical myth that it is. Instead, ‘Nkomo country’ should be defined more objectively on the basis of the pioneering nationalist’s reach prior to the eruption of the ‘struggles-within-the struggle’ that gave birth to two contending national liberation movements following Zanu PF’s split from PF Zapu in 1963. Mugabe sought to compartmentalise Nkomo as a leader of the Matebeland region for the purposes of his own post-liberation power ambitions.

The reality of Nkomo's leadership was that he was the foremost symbol of African nationalism in Zimbabwe and the embodiment of national aspirations for freedom from the tyranny of colonial rule. Having led the first nationalist party to emerge in colonial Rhodesia in the late 1950’s, the National Democratic Party, Nkomo was also widely regarded across the country as leader of the submerged nation of Zimbabwe (hence the title Father Zimbabwe). It is telling that he achieved such status whilst based in the Shona township of Highfield in the then-Salisbury. The people who sang his praises as 'Chibwechitedza' (the slippery stone) were his Shona supporters, who saw him not as a Ndebele leader but a leader of the Zimbabwe they were agitating for.

So in my view, leaders emerging from among the Ndebele, Kalanga or Tonga and aspiring for national leadership must be seized with a bold and unapologetic ambition: they must not start from 'Nkomo country' as defined by Mugabe post-liberation. Rather, they must start from 'Nkomo country' as charted by Nkomo himself at the height of his powers. And that country spanned from the Zambezi right down to the Limpopo.

Just as Obama paid no respect to the traditional cleavages of Blue states and Red states but rather bulldozed unapologetically right through such prejudicial boundaries, so too must our own ethnic minority leaders approach the national leadership challenge in Zimbabwe. The country and nation would be all the poorer if Matebeleland’s talent confined itself to Mugabe’s 'Nkomo country', or indeed if any ethnic minority politician felt outlawed from seeking the highest office in the land.

I'm awake to the need for local political mobilisation in Matebeleland for the purposes of securing the region’s long neglected interests. However, there is need not to lose focus on the interests of the entire length and breadth of Nkomo country – stretching from Hwange to Nyanga – which begs for leadership from the most talented of its sons and daughters, of whatever tongue, colour or creed. Just as Tongogara pleaded with his Zanu colleagues to accept Nkomo as leader of the united nationalist movement that had secured the franchise for the black majority, so too are many of our compatriots prepared to accept leadership in whatever ethnic or racial guise it presents itself.

Even as the 1963 split in Zapu took on an overtly tribal hue, there remained a cadre of Shona politicians – Like Chinamano, Musarurwa, Msika and others - around Nkomo that no doubt appreciated his leadership and were prepared to soldier on for a new Zimbabwe alongside him. In other words, there already exists a crucial glimmer of hope for a post-tribal political dispensation in Zimbabwe. The unreality of a trenchant tribal attitude to politics is only sustained by its authors, who use it as political capital in the same way that competent politicians trade on prudent policies.

Zimbabwe needs to establish a political environment where a discourse of ideas can take place. Only then can we benefit from the best talents at our collective disposal. Someone is benefitting from the untruth that the nation cannot receive and revel in Ndebele political talent in the same way it has done with the prodigious exploits of Peter Ndlovu on the football pitch, for instance. That untruth is as unsustainable as the prejudicial exclusion of black men from national leadership in the US has proved to be.